Manny arrived not too long ago in a convoy of SUVs, a tiny black and white bundle of fur covered in snot and pus and filth.
He’d been living in a vehicle with his best friend and protector, a two pound Chihuahua. His name was Amanda, and he was a sick little fuzzball. He was probably fed a diet of leftover fast food and had an impressive case of diarrhea. He also had an upper respiratory and eye infection that is common for kittens from feral or stressful backgrounds.
Our amazing team took him him, treated his infections and cleaned him up. He spent the first few weeks with us sleeping and eating. Oh, can this little fellow eat! As he grew, we had to start separating him from his little canine buddy at meal time — or he eats all his food and steals hers, too.
Now, Manny is a handsome young cat with a beautiful coat and clear eyes. He’s discovered the padded tables in our exam rooms and often spends part of his day lounging there. He’s playful, energetic and friendly. 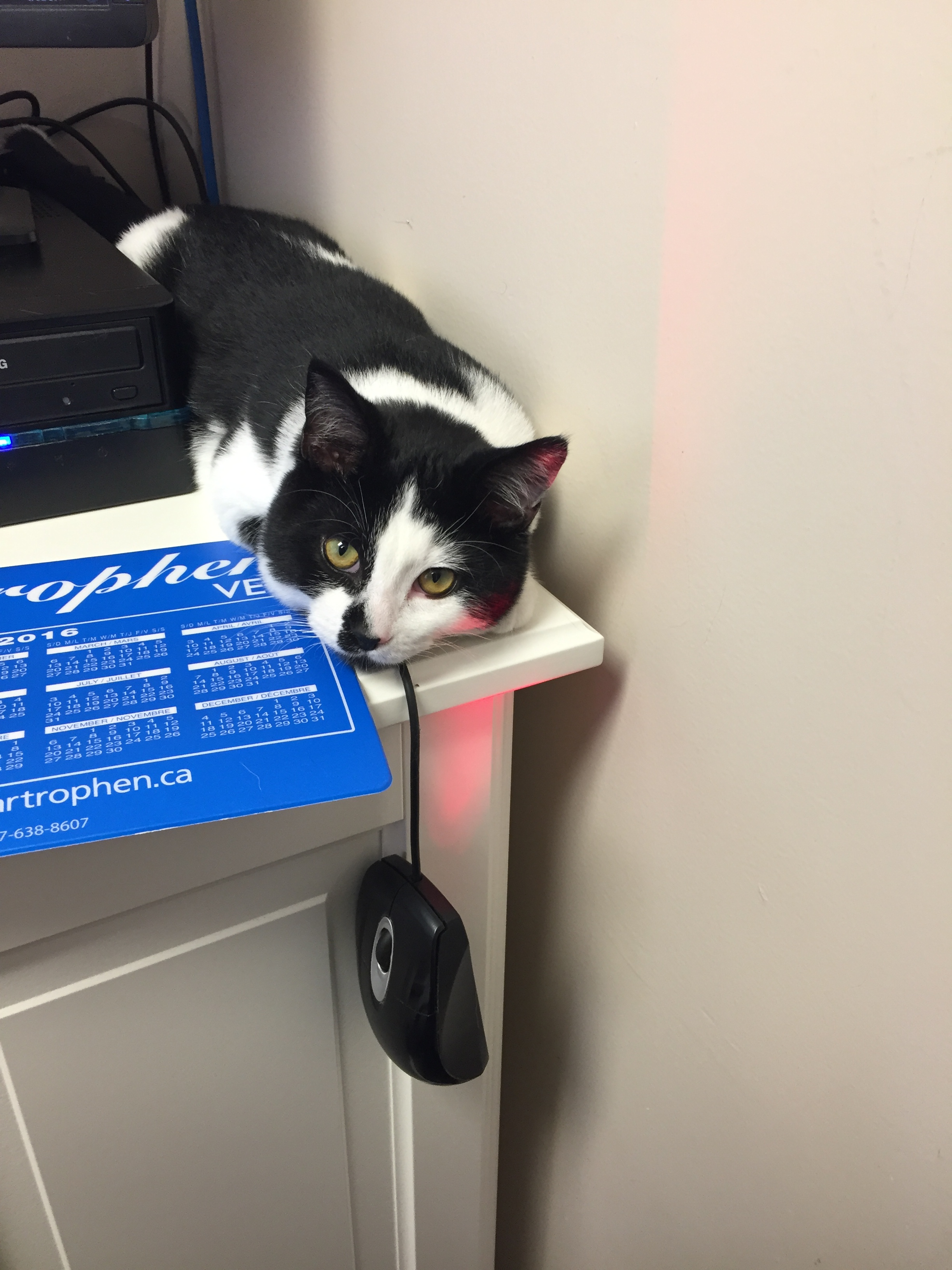 Sometimes the old tales, like the one about cats having nine lives, do have a basis in fact. Just look at our amazing Manny catching his first mouse!

Thinking of getting a cat?

What if we could cure FIP?

He wasn’t a bad patient . . . but he felt better later